Szymon Kolecki - President of Polish Weightlifting Federation (former weightlifter, silver medallist Olympic Games at 2000 in Sydney and 2008 in Beijing) during Women's Weightlifting Polish Cup 2014 in Jozefow near Warsaw on March 30, 2014. 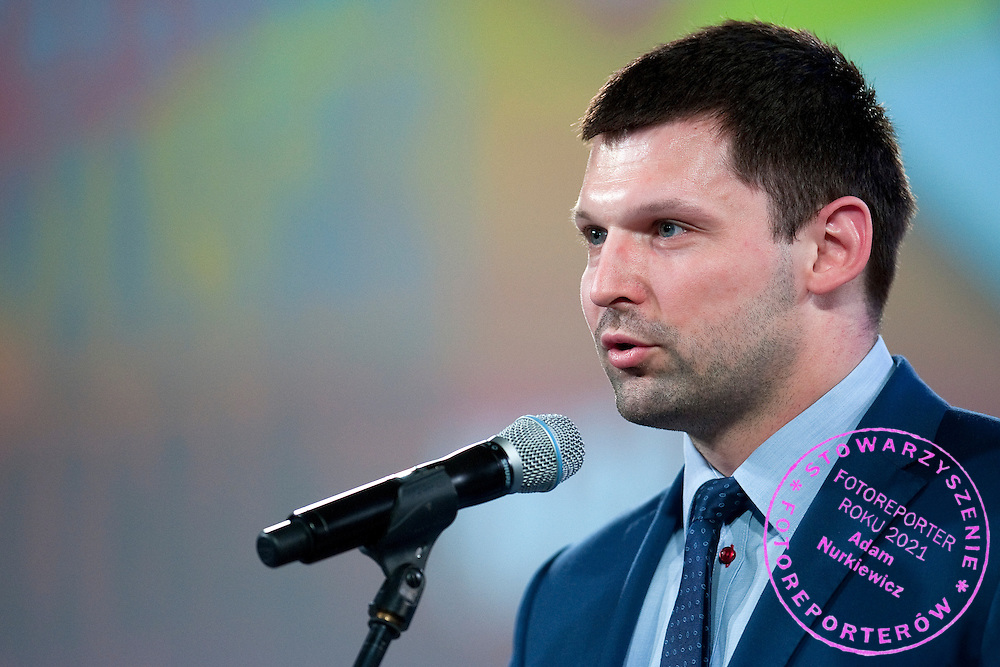